Seniors with sass: Granfluencers flash their style on social media 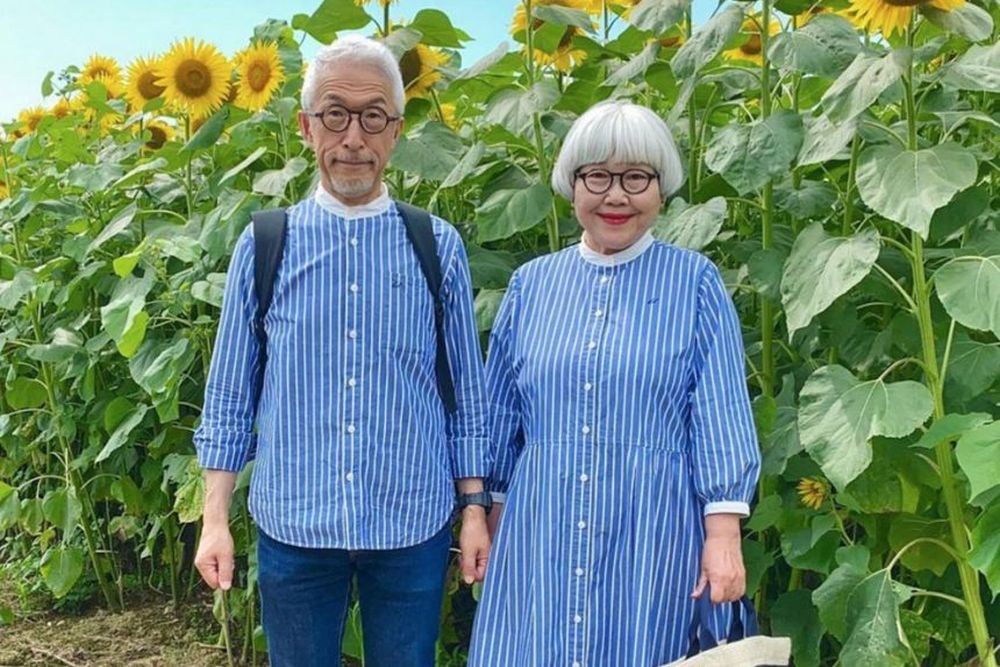 SINGAPORE - Social media may be dominated by the young and good-looking, but senior influencers - dubbed granfluencers - have carved a niche of their own in the digital world.

Despite not being the most tech-savvy folks - many rely on their kids or grandkids to shoot their content and upload it - these grandpas and grandmas show there is an audience for their authentic style, silver hair and all.

"From Facebook to YouTube to TikTok, we've seen an increase in boomers and Gen X influencers on social media platforms lately," said co-founder Nicla Bartoli of The Influencer Marketing Factory in an article on PR Daily in February.

"Whether they're self-made influencers or creating content with the help of their grandkids, they've become an interesting alternative to the typical ads for elderly audiences."

These stylish Asian granfluencers with thousands, and even millions, of followers show that age is just a number, and that social media and fashion are not just for the young.

The 65-year-old grandmother of two, an "elderpreneur" who co-founded artisanal coffee brewery 1degreeC, decided to stop dyeing her hair about three years ago.

That became a turning point, as she was talent-scouted after that to appear in advertisements - followed by a coveted Harper's Bazaar Singapore cover in April.

She has dreams of a fashionable, age-appropriate clothing line, as well as make-up and skincare workshops, for mature women.

"People are concerned about growing old, about the illnesses that will affect them in their old age; that they're no longer useful to society or that they can't learn new things," she told Harper's Bazaar.

"But everyone has to grow old someday. It's inevitable. That's life."

She added: "I'm learning new things, I'm enjoying what I do, I'm interacting with many young people in my work and I think that's what keeps me feeling young."

The octogenarian couple of Want Show Laundry, who have run the laundromat for nearly 70 years, found fame last year when they started modelling washed clothes that were not collected.

Chang Wan-ji, 84, and Hsu Sho-er, 85, put together mismatched yet eclectic looks from the 300 forgotten laundry items in their shop and model them online on their Instagram account with the help of their grandson.

They are naturals at striking model poses, usually in the laundromat, and caption their photos with sweet anecdotes of their marriage.

After they went viral - amassing 673,000 Instagram fans along the way - they even started the Want Show Laundry Redefine Project, which links up laundromats around Taiwan to sell long- forgotten items of clothing. Proceeds cover unpaid laundry bills, with excess funds going to charity.

This retiree couple take matchy-matchy dressing to the cutest level.

Tsuyoshi and Tomi Seki, who are in their 60s and have been married for 40 years, post photos of themselves in coordinated outfits - with a penchant for classic stripes and checks.

Many pieces of their no-frills wardrobe come from high-street brands such as Uniqlo, which make their style accessible and easy to emulate.

Their Instagram handle is a reference to their childhood nicknames as well as their wedding anniversary.

The couple, who have more than 840,000 followers, have published books on married life and collaborated on fashion lines.

In a Buzzfeed interview in 2017, when they went viral for their adorable style, Tomi Seki said: "When I was young, I found matching styles embarrassing, but at this age, I no longer feel ashamed."

Not only does this granfluencer flash her everyday outfits on social media, but she also posts videos on cooking and beauty tips.

While high fashion is not her style, she has been spotted carrying a Louis Vuitton bag and accessorising with a string of pearls.

Just last month, she posted a video of her enthusiastically unboxing her first Chanel bag and a pair of Hermes slippers.

One of the first senior social media celebrities in South Korea, Park, who looks like a typical ajumma (auntie or grandmother in Korean) with her tight black curls and tattooed brows, started her channel in 2017.

In an interview with The New York Times in June about the online success of seniors in the country, she said: "Beauty, to me, is not about being wrinkle-free. What's made me youthful over the years is my ability to overcome my fears about ageing and pushing myself to do new things."

The country's most fashion-forward grandpa, Tetsuya Kudo, 87, stumbled onto Instagram fame when he let his grandson dress him in the young man's designer togs.

Mr Naoya Kudo, a clotheshorse with a bursting wardrobe, sent a big box of high-end labels such as Off-White, Givenchy and Vetements to his grandfather in Akita for storage in 2019. On a whim, he decided to shoot the retired school principal.

"Before we started shooting, I expected the photos to be comical. I figured that the disconnect between an old man in the countryside and high fashion you'd normally see in magazines would be interesting in a silly way," said the grandson in a Tokyo Weekender interview in 2019.

"But as soon as my granddad put on the first set of clothes, I saw they really suited him. So instead of having him smiling in the photos, I had him look a bit serious."

The Instagram account, which has 150,000 followers, went viral and even spawned an online store with tees, photo books and phone cases.

This dapper 67-year-old clinical psychologist, known only as Maoyu to protect his relationship with clients, changes into streetwear after sessions.

Born in Amsterdam but now based in Hong Kong after living all over Europe, the grandfather of five was persuaded to get on Instagram by his grandson in 2019 and now has more than 10,000 followers.

"I did not know people appreciated my style until I joined Instagram," he said, adding that although he still did not know how to use all the functions on his iPhone, he had learnt to edit and post photos.

He is often seen in streetwear labels such as A Bathing Ape, Supreme and Stussy, and is a bit of a sneakerhead as well.

Besides outfit photos, he also frequently posts about mental health issues, such as depression and bipolar disorder.

In an interview with Tatler Asia in May, he said: "I use Instagram to connect with people with my streetwear style, promote mental health and psycho-educate followers.

"In Asian culture, there's a belief that if we don't talk about something, then it will be okay. But depression isn't something you can just shake off. Talking is one of the most powerful ways to reduce the stigma of mental health."

This 84-year-old, known as Grandpa Kang, is a retired university professor from Wuhan with a passion for the latest streetwear and designer labels.

Together with his grandson Kang Kang, 30, he goes shopping and then rocks the looks in videos on Douyin (China's version of TikTok), where he has a whopping 3.6 million fans.

The flamboyant dresser is so popular, there is even a fake TikTok account that reposts his content, which shows him flaunting brands such as Supreme, Louis Vuitton, Balenciaga and Bottega Veneta.

A fashion lover since he was young, he oozes style in his snazzy videos as he goes from skater boi to suave gentleman to streetwise rapper.

8. Keeping up with the veermas

With the trendy videos of them grooving to a Ciara hit song or trying out the shoe change challenge, as well as endearing photos of them dressed up as a couple, the bubbly couple have gained 61,500 followers. (Do not confuse their account with those of the young upstarts with similar handles.)

Yashpal Singh Verma, 82, and his wife Shanta Verma, 76, were introduced to social media by their 22-year-old granddaughter Jonita Verma.

Shanta Verma, who was interviewed by Instagram account Humans Of Bombay in May, said: "I am killing it with my moves and, on most days, I end up playing pranks on my husband. I am the selfie queen.

"I pretend as if there is paparazzi waiting in queue for me. 'Cos why not? I am 76 and want to be the coolest influencer in town. It is never too late to be who you want to be."

As their Instagram bio says: "Playing cool after 70s. We believe that age is not a barrier. Slaying and spreading smiles." 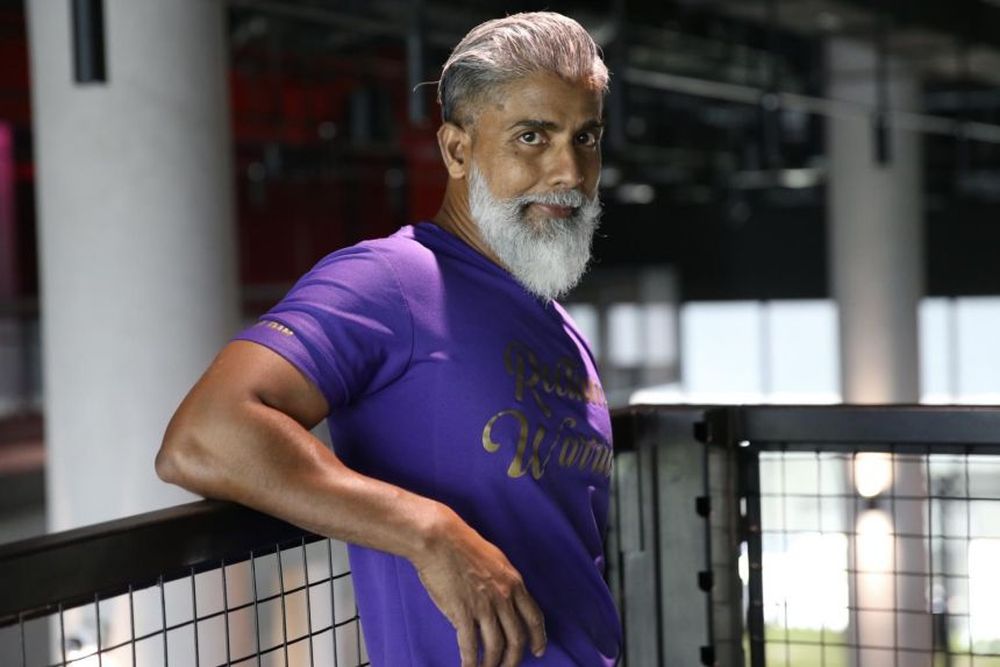 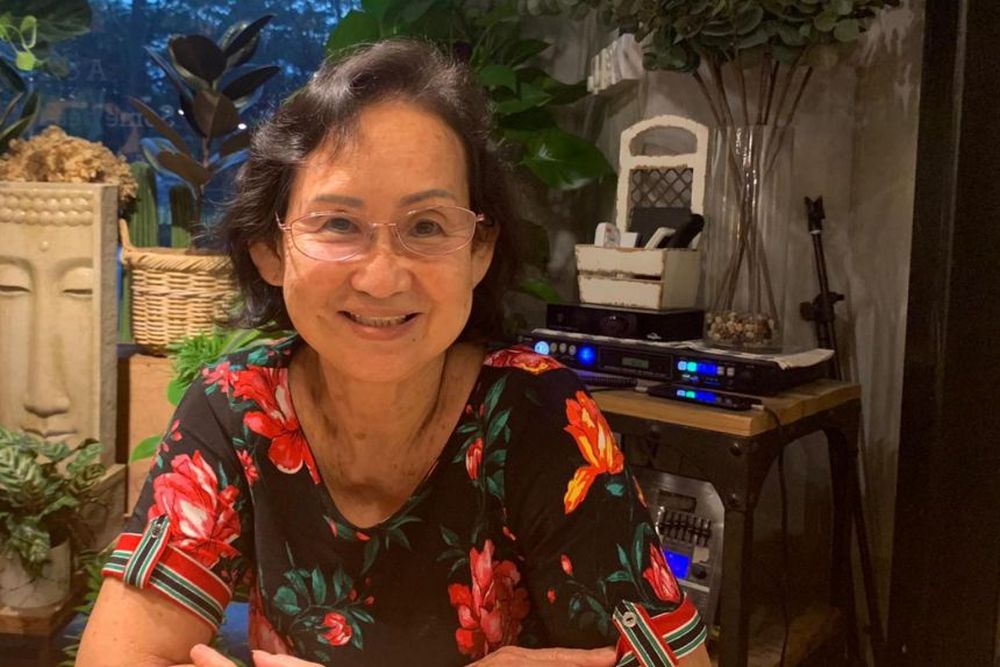 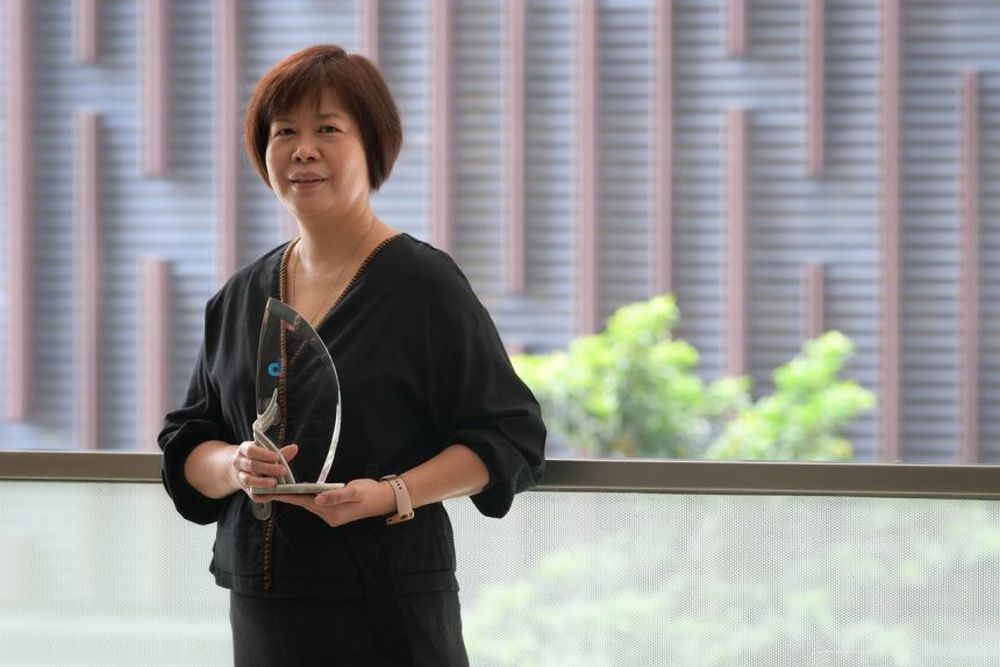