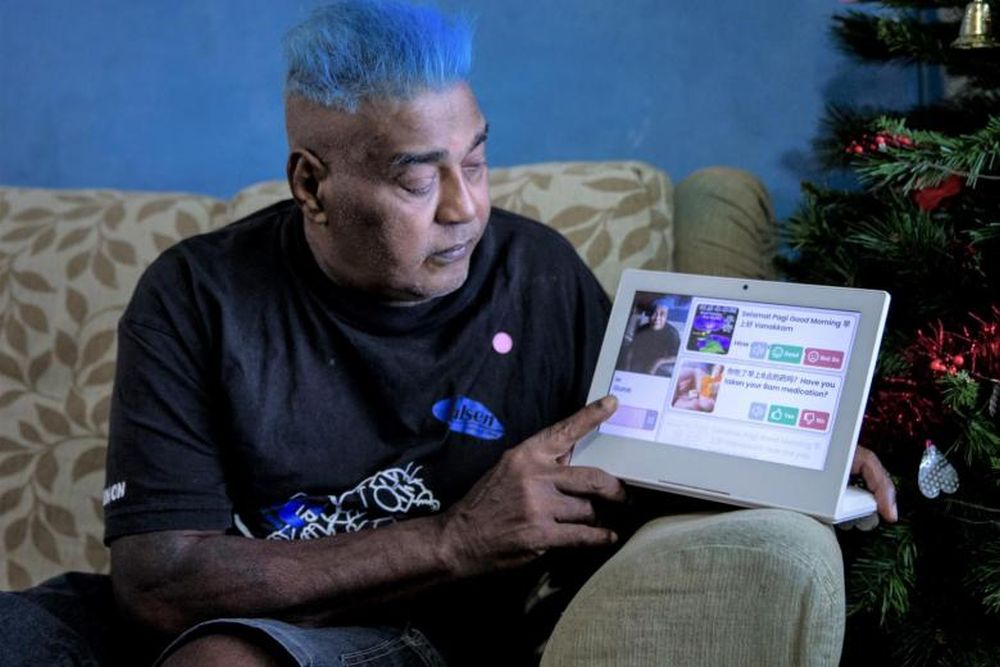 SINGAPORE - A customised tablet can potentially save a senior's life.

Every morning, the user has to press a button on the tablet to signal that he is fine.

If he does not do so after a specified period of time and does not respond to calls, the Lions Befrienders will alert his next of kin or neighbour, or send a staff member to check on him.

The i-ok @ LB system, which goes to the senior in the form of a tablet, is the brainchild of the Lions Befrienders, a charity that serves seniors through befriending, active ageing centres and home personal care services, among other services.

Its chairman, Mr Anthony Tay, does not want any of the seniors it serves to die an undignified death - where they die alone and no one discovers the body until much later.

Executive director Karen Wee said: "The motivation behind this system is to address the seniors' fear of dying an undignified death or that no one comes to their rescue when they need help.

"We want to let them know that we are there with them."

The charity plans to give at least 2,000 to 3,000 tablets to the seniors it serves from next month. These elderly beneficiaries live in highly subsidised rental flats and most of them live alone.

The customised tablet costs about $400 and the i-ok @ LB system was developed by WeesWares at a highly discounted rate for the charity, said Ms Wee.

The project's sponsors include the Infocomm Media Development Authority and the Temasek Trust.

The problem of undignified deaths is getting more pressing in a rapidly ageing society as a growing number of seniors live alone.

The Population Trends 2021 report defines a "household reference" person as the oldest member of the family, its main income earner, the house's owner-occupier, the person who manages the household affairs or the person who gives information pertaining to other family members.

The report is published by the Department of Statistics.

On Sunday (Dec 26), a 63-year-old man was found dead in his Toa Payoh flat after his neighbours detected a foul stench emanating from the unit.

In September, a woman, 74, was found dead in her Bedok North flat when concerned neighbours opened her unlocked door after not seeing her for some time.

So, with the i-ok @ LB system, the tablet serves multiple functions besides its key function of checking if the senior is well and alive.

It can remind the senior to take his medicine.

Through the tablet, Lions Befrienders staff can send messages to seniors or video-call them, and seniors can have tele-consultations with a doctor.

And for those who are not literate, the tablet will read out the messages in a language or dialect of their choice.

The idea of the i-ok @ LB system to keep tabs on seniors came after the circuit breaker period in April to June 1 last year, when all non-essential activities came to a halt.

During the circuit breaker, the centres the charity run for the elderly were closed and staff and volunteers could not visit vulnerable seniors in their homes to check on them unless they needed urgent help.

More than 30 senior citizens took part in the tablet's trial earlier this year, and most said they found it useful.

For example, befriender executive Chua Hsiu Mei was alerted one day when a frail man in his 70s did not press the button on his tablet.

She went to his flat and found that he had fallen at home. The fall was not serious and he later saw a doctor.

Mr Keith Tan, an innovation executive at Lions Befriender, said: "They (senior citizens) said they feel safer as someone is monitoring them.

"Many of them don't fear death... But they are all afraid that no one discovers their body after they die."

'I feel safe, knowing I won't be left behind': Senior on charity's checks on him

Beset by a host of serious health problems, Mr Gunasekar Arumugam, 63, knows he could die any time. But he fears an undignified death.

He has suffered a stroke and has kidney failure and ischemic heart disease, among other illnesses.

Mr Arumugam, who lives alone in a two-room rental flat, said: "Anything can happen any time.

"There are people who died, and after two or three days, there is a smell and people called the police. I don't want that."

He feels more at ease as he has a tablet given to him by the charity Lions Befrienders - knowing that someone is checking on him.

Each morning after he wakes up, he presses a button on the tablet to signal he is still alive. He does the same thing at night.

There was only once when he forgot to do so in the three months or so he has the tablet. That was when his brother died.

Lions Befrienders' staff called his next of kin, who told them he was at his brother's wake.

Through the tablet, the charity's staff send him messages to check on him and they do video calls with him too.

Mr Arumugam is part of the trial of the i-ok @ LB system, where the Lions Befrienders gave more than 30 seniors a customised tablet.

He is separated from his wife and has three sons. He used to work as a courier but he said he had to stop after his stroke about two years ago.

While he can still walk, he uses a motorised wheelchair to get around when he goes out.

He said: "This (tablet) is very helpful. I feel safe, knowing that if anything happens to me, I'm not left behind and the Lions Befrienders would find me." 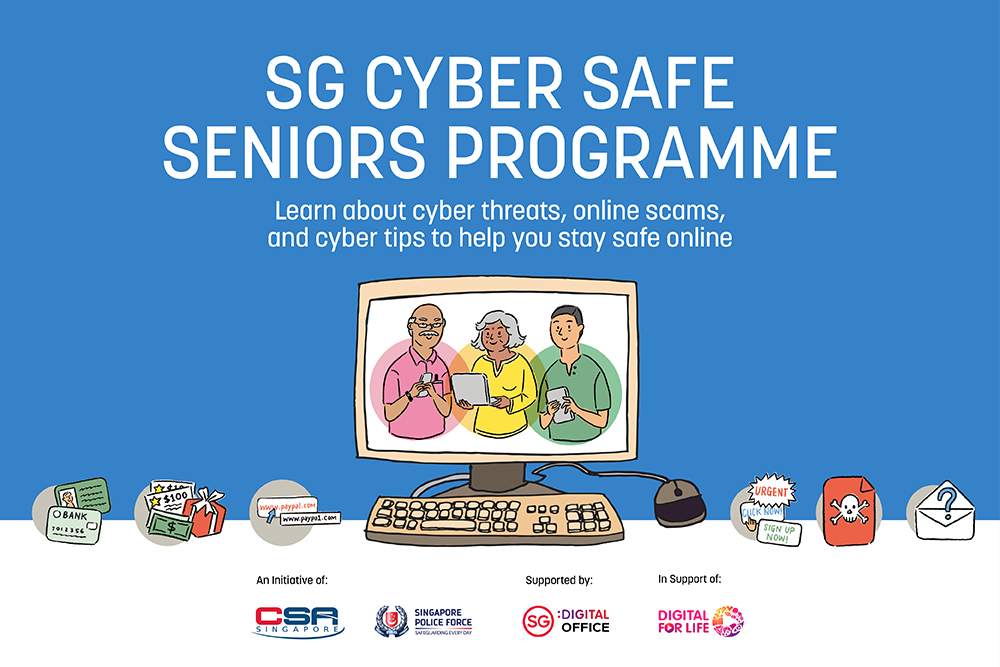 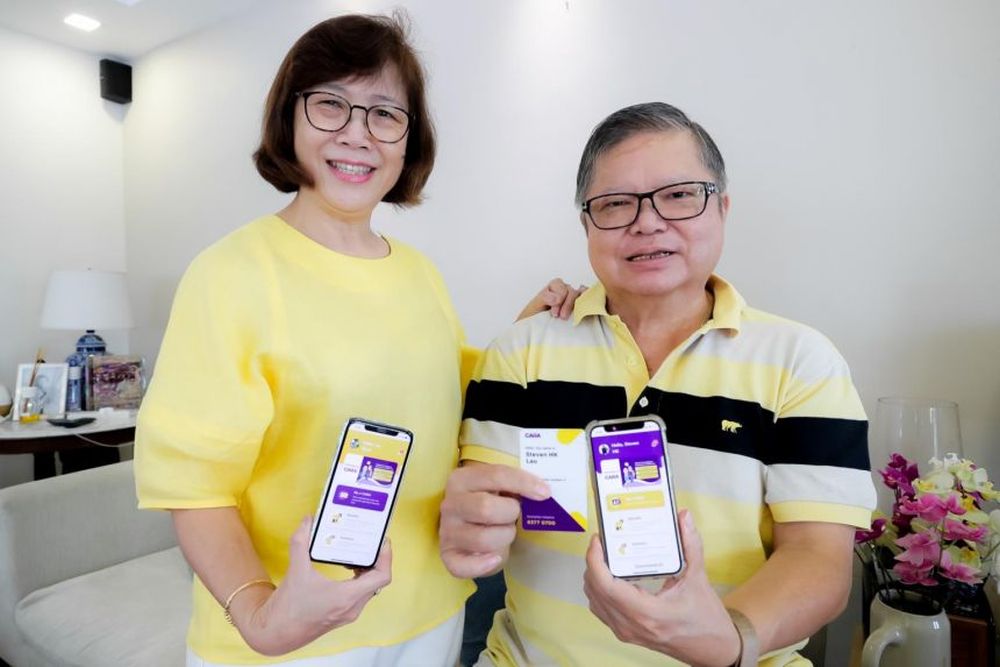 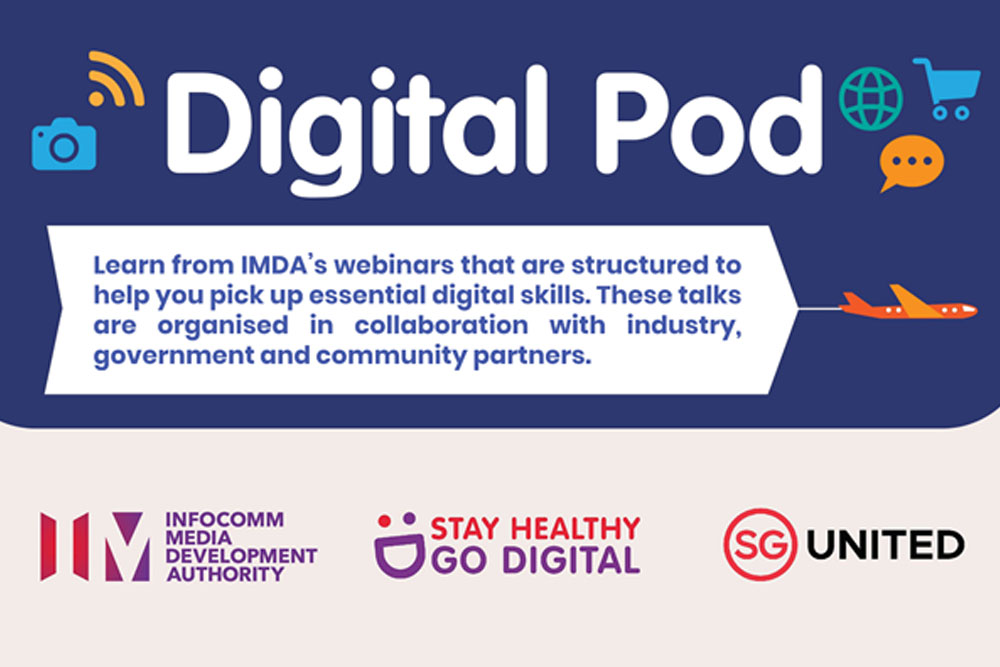